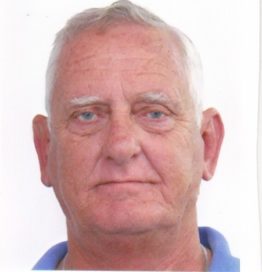 David Williams holds a Master of Education and a Graduate Certificate in Applied Management.  He retired from Victoria in July 2015 after 38 years of service.  David, during the course of his career, received numerous formal awards including the disaster management medal for his significant role during the Black Saturday bushfires response.  He was also involved in response and recovery management for both the significant floods and the Hazelwood fire events.
During the last 6 years of his career he was the manager of the Victoria Police Critical Infrastructure Protection Unit. David was the state representative at a number of national industry sector forums and worked closely with a number of federal government departments and agencies.  David’s active promotion of partnership approaches saw many successful local, state and multi-jurisdictional exercises conducted to benefit a broad cross-section of stakeholders.
Prior to his last role with Critical Infrastructure David managed Communication Infrastructure Programs for Victoria Police and in particular the Computer Aided Dispatch and Geospatial Service state-wide delivery models. David was a past president of the Australian Association for Public Safety Communications Officials and has presented extensively in many forums in both the USA and UK. In 2014 David was appointed a Visiting Fellow at the University of Melbourne and post his retirement he took up a part-time role as a Senior Research Advisor to the PhD students.  David is also the principal of Risk and Resilience Enterprises, which provides selective consultancy services to a variety of clients.