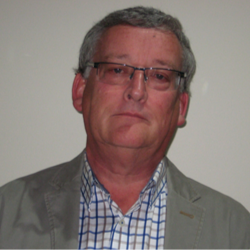 Geoff McKernan has been involved in road operations for the majority of his working life and is currently the National Road Operations Manager at Transurban where his focus spans the 11 controls rooms Transurban operates and manages across Australia and the USA. His remit is to facilitate consistency of operations.

Prior to Transurban Geoff was the General Manager at Translink Operations, the Operator of CityLink until Transurban brought these functions in house in 2014. Geoff joined CityLink in 1998 and was responsible for establishing, commissioning and ongoing management of the operations and emergency management and the traffic control room functions.

Geoff also participated in a number of other projects outside of the CityLink project, including the commissioning and opening of the Dublin Port Tunnel and the emergency exercise at the Mont Blanc tunnel prior to its reopening after the fire. He has also undertaken a number of control room reviews in Australia and New Zealand.