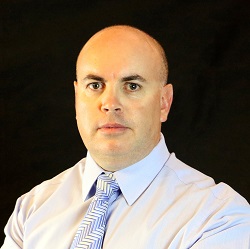 Graham Manson is currently a Director at International Resilience Group (IRG), an independent consultancy company, providing a range of resilience services within the public, private and not-for-profit sectors. He is also an independent member of the Risk and Audit Committee of Central Health Gippsland. Prior to establishing IRG, he was employed in a national role by the Australian Energy Market Operator (AEMO), where he focused on business security, crisis and contingency planning and emergency planning and response. Prior to this, Graham worked as the corporate emergency planning and security manager for SP AusNet (a member of the Singapore Power Group) supporting and protecting $11 + billon of deployed electricity and gas assets. He worked as the terminal security manager for Australian Pacific Airports Management Company (APAM), where he oversaw all of the security and emergency requirements for Melbourne Airport, servicing 250,000 aircraft movements and 35 million passengers.

Graham is an accomplished security, safety and emergency professional having presented to a number of organisations and businesses on crisis, security, emergency, brand protection and risk management throughout Asia, the Pacific and Australia.

He has developed and implemented a number of emergency, crisis and security management plans for a number of companies in the region. Graham’s extensive experience in security and crisis management led to his role in the development and implementation of preparedness and response strategies for a number of entities operating in the major events, aviation, oil, gas industry, and transport and energy sectors. Graham has also assisted a number of companies with implementing their emergency, security and critical infrastructure protection, liaising with key stakeholders such as state and federal government agencies. Graham has led numerous high-profile security risk and emergency projects in relation to key projects and events, including the Sydney Olympics and Melbourne Commonwealth Games. Following the raising of the National Terrorism Public Alert Level in 2014, Graham was engaged by a number of entities to provide advice around impact of raising of the alert level their preparedness and response.

Graham has had significant involvement in aviation and energy security and emergency initiatives, which included being appointed by the Minister as a member of an advisory group to review aviation security screening in Australia as well as managing airport security (across Landside, Terminal and airfield precincts) during a period of record passenger growth, stretched facilities and massive capital development while achieving targeted service levels throughout. He also has been involved in some of Australia’s worst disasters, such as Black Saturday.  In 2008 he was recognised by the Australian Institute of Public Safety and awarded the Excellence in Security Management Award.

Graham was a key contributor to the Australian Governments Community Recovery Handbook (Handbook 2, Australian Emergency Management Institute) and has presented at numerous conferences and been a member of a number of professional committees.