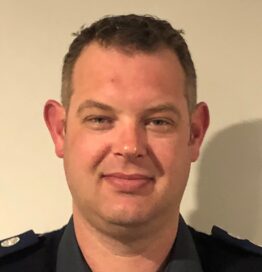 Tim Reynold’s Fire and Emergency Career began in 2001 and then NZ Fire Service as a volunteer fire fighter with the Kaiapoi Volunteer Fire Brigade, currently serving as Chief Fire Officer. In 2007, Tim was employed by the NZ Fire Service as a Dispatcher in the Southern Communications Centre, being appointed as a Shift Manager in 2014. Throughout his time in the Communications Centre he was also heavily involved in Urban Search & Rescue as a Communications Specialist, deploying to both the Christchurch & Kaikoura earthquake events. In 2016, Tim also deployed to Fiji supporting the rapid disaster assessment work. Prior to his involvement with the Public Safety Network Team, he was seconded to the position of Deputy Principal Rural Fire Officer for both North Canterbury and Christchurch Selwyn areas where he completed wildfire deployments to both Canada (BC) and NSW Australia.