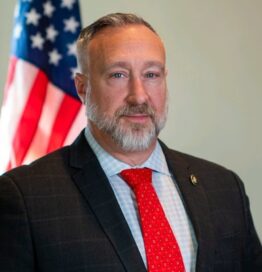 Mr. Richard Reed has more than 30 years of government and industry experience in emergency communications including FirstNet leadership roles.  Rich joined FirstNet in early 2014 as the Director of State Plans, he then became FirstNet’s Chief Customer Officer (CCO) in June 2016 and in May of 2019 he became the Deputy Chief Technology Officer.  Prior to joining FirstNet, he was with the Department of Homeland Security (DHS) Office of Emergency Communications, where Mr. Reed managed the office’s technical assistance branch. In his roles within both FirstNet and DHS, Mr. Reed worked directly with the first responder community to understand and address their needs. Mr. Reed also served in the U.S. Navy and Navy Reserves, with assignments in the Office of Naval Intelligence and White House Communications Agency, and holds a B.S. in Business Management from National Louis University